How do we progress and share our views in a stronger way? 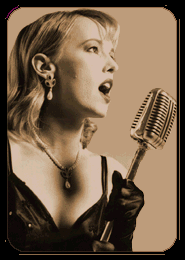 My role as a speaker is defined through my music and I communicate this through my songs. Songs that have empowered me; songs that have enabled me to reflect on the trials and tribulations of life as I see them. And those songs reach women around the world on a deep personal level.

How do you share your life experiences from your platform so that other women can connect in a global way?

Tammy Weis is a fine Canadian singer, now resident in London, who has been performing to great acclaim in her native Vancouver.  Tammy has written with Grammy Award winner Terry Britten (Tina Turner), and Tom Cawley (Peter Gabriel), for her new album ‘Where I Need to Be’.  Her London highlights include; meeting HRM the Queen in June 2010, supporting the Canadian Tenors with Hayley Westenra at the Union Chapel and performing with Randy Bachman at Pizza on the Park. “Isn’t she great! Now there’s a vocalist! ” Michael Buble